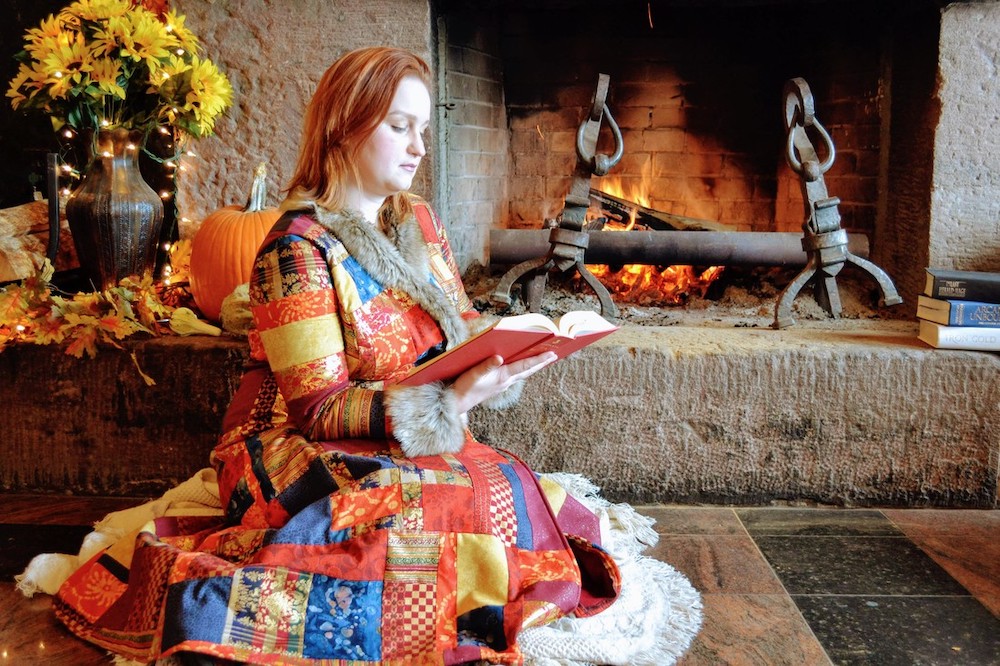 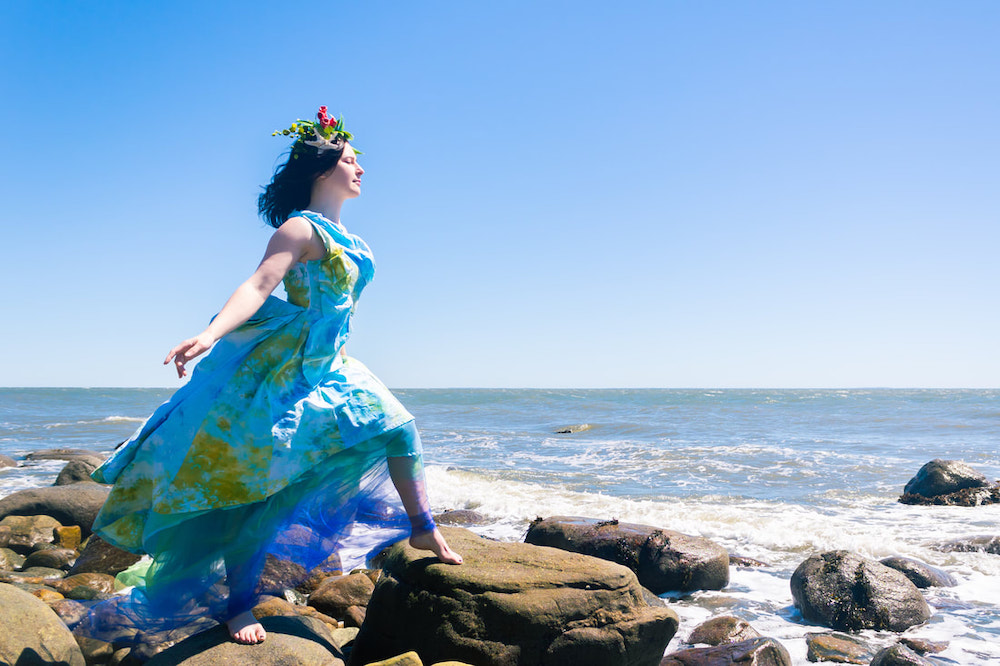 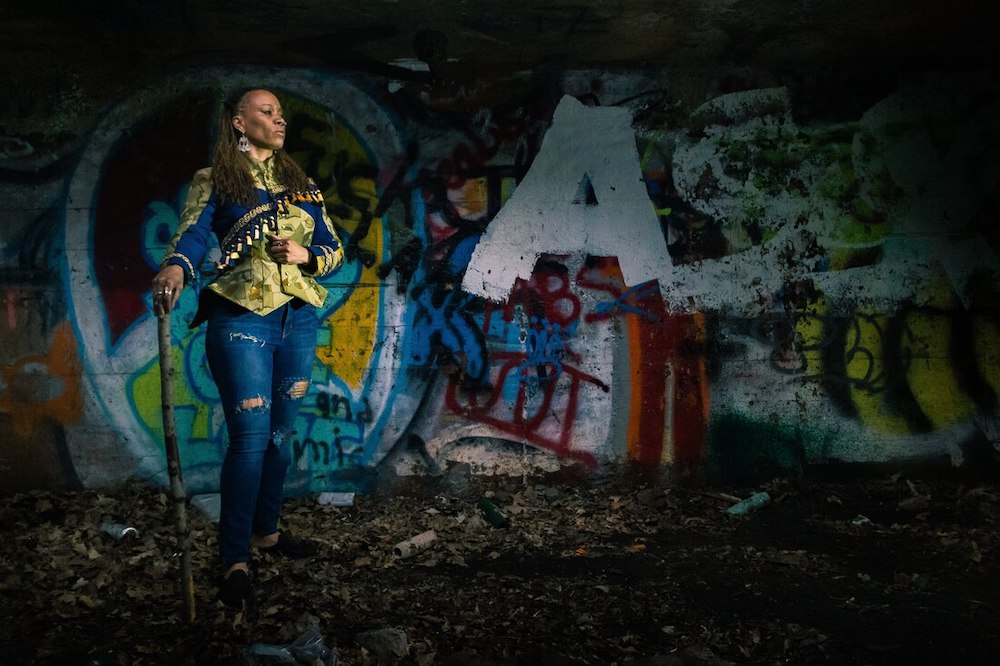 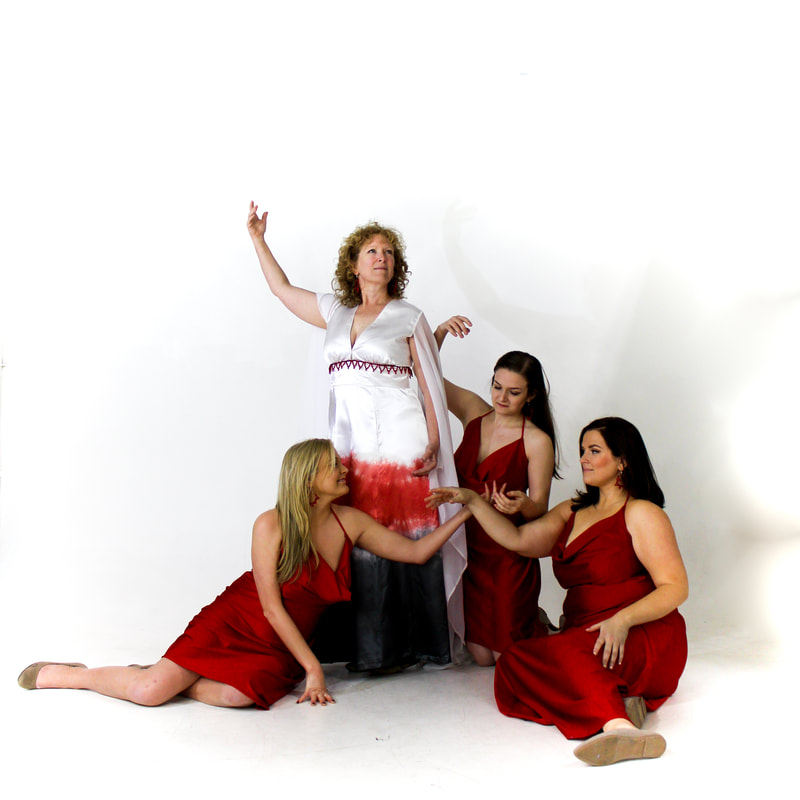 The purpose of my current body of work is to investigate the relationship between the work, the wearer, and the viewer. I created a body of wearable artwork that challenges how art can be displayed, as the pieces are interacting with both the wearer and the people with whom they interact.

Clothing has a long history, however it is the psychology of clothing that most relates to my current work. Many ancient cultures thrived in temperate climates and clothing would not have been needed as protection from the elements (Laver, J. 2014 p 7). This has led historians to believe that clothing would have been worn for display or for protective magic rather than a more utilitarian purpose (Laver, J. 2014 p 7). Today, humans wear clothing not only to cover themselves but to express our individual style or personality (Laver, J. 2014 p 276). Although we can use fashion as a statement, our choices don’t always have to be about how others see us. To artist and writer Emily Spivack, “the most compelling thing about a garment is the meaning it carries for its owner” (Bleyer, J. 2018). Indeed, even in modern times, humans have deep connections to their clothes, going even so far as to attribute magical properties to them (Solomon, M. R. 1986). Michael R. Solomon, a researcher from New York University, conducted research in the 1980s dealing with people’s deep connections with Levi’s 501 jeans. While participants in his study may not have used the word “magic” they attributed super natural and life-saving qualities to their 501 jeans. Participants also acknowledged how clothing could affect their mood, such as boosting their confidence (Solomon, M. R. 1986). Because of clothings intimate contact with our bodies, it should be considered as part of our extended self and an integral part of our psyche (Cox, & Dittmar, 1995). In my works I plan to use this relationship between humans and garments to help carry the message of each piece.

The combination of our connection to clothing, runes, and mantras can be especially powerful. Runes are not simply a letter of an ancient alphabet, they are the embodiment of an idea or concept (Thorsson, E. 1985 p 1). The runic system may have been created as early as 200 BCE (Thorsson, E. 1985 p 5) and was born from the signs created by Bronze Age magicians and priests made to express the concepts behind their teachings (Thorsson, E. 1985 p 3). The Nords believed that runes, as magical glyphs, contain energy that can affect the unconscious mind of humans (Mountfort, P. R. 2003 p 14). Indeed, runes may specifically be used for “evocatory magic” and “self-transmutation” (Thorsson, E. 1985 p 14). In my work I used the concepts behind the runes to infuse my pieces with purpose. In one piece, I designed fabric with a repeating pattern of Jera, the rune for harvest time. The finished work was a blouse that could be worn in a variety of professional settings. At work we reap the rewards of our efforts and the rune for harvest would focus the wearer’s energy in order to help them be their most productive selves.