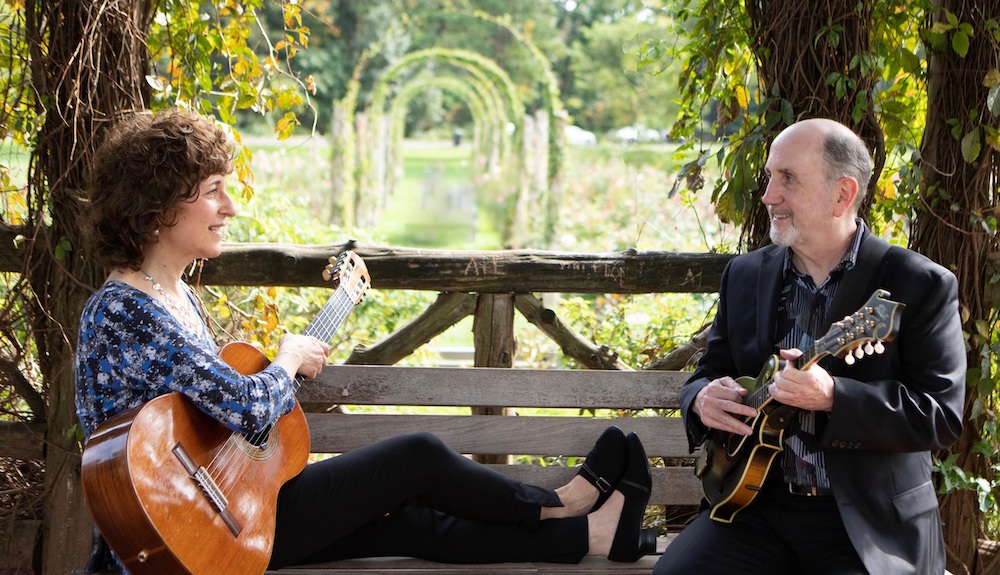 Husband and wife duo, Handler & Levesque, have performed over 2,000 concerts together over the past 25 years throughout the United States & Europe. Recent highlights include performances in England, Portugal & Spain, Eurofest  in Bruchsal, Germany, The English Church in Amsterdam, the Netherlands, The Classical Mandolin Society of America’s Convention in Portland, Oregon, The Caramoor Center for Music & Arts, Autorino Hall at the Bushnell Performing Arts Center in Hartford, The Jewish Museum in New York, Troy Music Hall, The Brooklyn Museum of Art, Second Saturday Coffeehouse in Chicago, The Connecticut Guitar Society, First Night Westport, and Music Mountain. They are on the roster of Cantaloupe Music Productions in Manhattan, New England Foundation for the Arts, and the Connecticut Library Consortium.

Their enchanting CDs, Passion, Acoustic Blend, and Two Guitars Live! have received critical acclaim and have been sold in dozens of countries throughout the world.  All three CDs have been used by the Greater Hartford Arts Council as gifts to 1,000’s of donors to their United Arts Campaign.  In September 2019 they released a delightful holiday CD, Joy to the World featuring their original and creative arrangements for classical guitar & mandolin. Judy & Mark have been featured on numerous compilation CDs with other artists and many radio & cable T.V. programs. They run a studio for private lessons and groups in Vernon, CT.

Judy is Co-Founder of the Connecticut Guitar Society.

Judy and Mark are founding members of the New American Mandolin Ensemble which formed in 2013, has performed internationally and released a CD in 2017.

Visit their website for CD sound samples and more information.